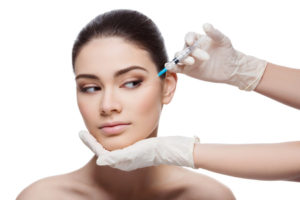 When you are just starting to see the signs of aging, it can be confusing looking at all of the available anti-aging treatments. One of the go-to treatments for those just starting to see lines and wrinkles are neurotoxin injections such as Botox. While Botox is well known in the cosmetic world, its two competitors are not as well known. Here are the differences between them and how to choose the right one for you.

Xeomin is a bit different from Botox or Dysport. Many people with sensitive skin benefit from using Xeomin. It is also a good starter to cosmetic enhancement. Xeomin is great for beginning lines and wrinkles.

Dysport and Botox are extremely similar, but the difference lies in the size of the molecules of the compounds. Dysport has smaller molecules, so it is great for fine lines and wrinkles, but it takes more Dysport than Botox to achieve the same results in many cases. On the other hand, Dysport is typically much cheaper than Botox, so it might be cost effective.

If you are interested in any of these three cosmetic treatments, contact us today for more information or to schedule an appointment.