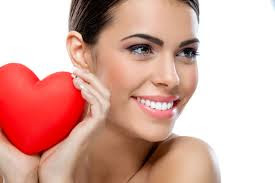 Botox, Dysport, and Xeomin all belong to a type of cosmetic injections called neurotoxins. These medications work to minimize signs of skin aging by preventing facial muscle contractions that cause fine lines and wrinkles.

These three injectable medications are all available at Ultimate Image Cosmetic Medical Center. While they’re all similar, each one provides unique benefits. Learn more about how to choose between Botox, Dysport, and Xeomin below.

Botox is a popular cosmetic injection designed to offset the appearance of severe facial lines. It involves a series of minimally-invasive injections into the treatment area.

The Botox formula works to temporarily lessen muscle activity in the face that’s causing facial lines, including frown lines, crow’s feet, and forehead lines. With Botox, your skin will be visibly smoother as soon as one to two days after treatment.

Botox isn’t a permanent treatment, and the results typically last up to four months. It’s important to keep up with Botox treatments in order to maintain your desired appearance.

Dysport is a prescription injection for frown lines between the eyebrows. It works by targeting only the muscle activity causing frown lines in this region. The rest of your face will be left unaffected.

During a Dysport treatment, your doctor will administer one injection into five different points located between and above the eyebrows. By lessening muscle activity at these specific points, your frown lines will become visibly smoother.

Results from a Dysport treatment last slightly longer than that of a Botox treatment, but it’s still not a permanent solution for facial lines. Dysport can provide results that last up to five months.

Xeomin is a prescription injection designed to target frown lines between the eyebrows. It consists of a protein purified from the bacterium Clostridium botulinum called botulinum toxin type A.

The Xeomin formula goes through a high-precision manufacturing process to remove accessory proteins that aren’t needed in the treatment process. This results in an ultra-purified neurotoxin. Xeomin prevents the contraction of muscle fibers between the eyebrows, which makes the lines between your eyebrows appear smoother.

Results from a Xeomin treatment generally only last for three months. However, this time frame may vary depending on the patient.

One of our cosmetic experts at Ultimate Image Cosmetic Medical Center in Clearwater, Florida, can help you decide which neurotoxin is right for you. We’ll answer any questions you have about Botox, Dysport, and Xeomin to determine the perfect option to suit your needs.